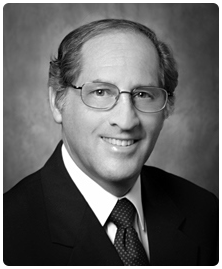 Ira A. Serebrin received his Bachelor’s Degree in Business from the University of Minnesota and his Juris Doctor (Law Degree) from Florida State University College of Law. He began his legal career as an Assistant State Attorney with the Tenth Judicial Circuit in Bartow, Florida, and two years later opened his own private practice in Lakeland, Florida. He has been a member of the Florida Bar Association and the Lakeland Bar Association since 1973.

Ira has had a great deal of experience in all of his practice areas over the past 46 years.

As a dedicated family law attorney, he has received awards from the Florida Rural Legal Services. The Lakeland Bar Association has honored Ira for his contributions to the Volunteer Attorney Involvement Project, which benefits the lives of individuals in our community. He has also been honored with the 10th Judicial Circuit Outstanding Pro Bono Service Award and the Florida Bar Family Law Section’s Making A Difference Award for his generosity and commitment to the pro bono cause. In 2016, Ira received first place in the Best of the Best Polk County People’s Choice Award for best divorce attorney.

In the criminal law arena, he served as an Assistant State Attorney for the 10th Judicial Circuit of Florida and a part-time Public Defender for the City of Lakeland. In addition to representing his own private client criminal cases, he also frequently represents court-appointed clients.

He is a dedicated family man, married for 48 years.

He and his wife Tammy have two married sons and four grandchildren.